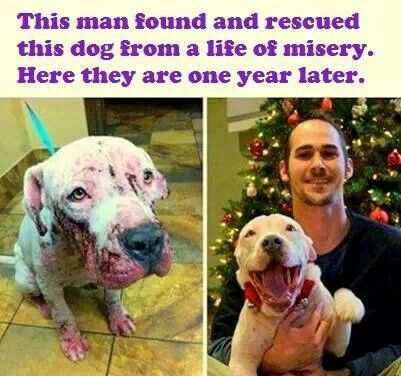 With the thousands of tragic stories of dogs being abused, starved, beaten, and even tortured, what seems amazing is how they can come through all of this and still have the capacity to trust people again.

One question I am often asked is how dogs can possibly be so forgiving when most people could never rebuild the loss of, what after all is the root of all good relationships; trust. The answer lays in the difference in the way that people see the loss of trust and what it means the eyes of all other species.

When humans think of losing trust in someone it is invariably the result of there being either a lie, or deception involved. Fortunately, animals do not see trust in the same way because they don’t have any concept of, or the ability to, lie. No, that’s a gift that only we are “blessed” with and it’s versatile enough to be employed in most areas of our lives, should we choose to do so.  We find it hard to rebuild trust because serious breaches usually result in, significant financial loss, deep emotional pain, or physical abuse, leaving us extremely wary of encountering similar situations. The significant difference between us and dogs is that we understand that most humans are capable of lying so we tend to move on with a severely diminished capacity to trust.

However, broken trust issues are completely different for animals because they have no concept of deception and their distrust is predominantly based on physical discomfort or abuse at the hands of humans. However, their association with that discomfort is usually attached to one individual rather than the whole species. This results in them, given enough time, being able to come through some of the worst situations and experiences relatively easily and successfully.

When a dog is ill treated, they will make an association between the action and the person involved, so as long as you present a different experience then the dog will be able to build a different association with you and your (positive) actions. This makes it possible for them to put their trust in you.

This process can be relatively quick or require some measure of patience so if you plan on taking a dog that has suffered at the hands of other people, remember that for a dog to have complete confidence in you, a dog must arrive at that decision by itself; nothing you can do with, treats, cuddles, verbal or non verbal communication will speed up the process. However, as long as you avoid rushing the dog in any way, you can successfully build a new and happy trusting relationship that will be unique for you and that dog.

Unfortunately, the rebuilding of trust and allowing the process to happen naturally is a luxury many dogs are not afforded and this is the reason that so many lovely dogs are needlessly destroyed when they 'fail' the stupid 'temperament tests', still carried out by many rescue organisation worldwide. An abused dog just taken in is expected to immediately behave in a trusting and relaxed manner, especially regarding food. The confused and frightened dog is only trying to stay alive by grabbing any food that is available.  When a stranger (to the dog) attempts to remove this necessary means of survival, is it any surprise that the dog will inevitably “fail” that test? That dog will now be judged as unsuitable for re-homing.

I remember being told by one manager of a canine organisation that they have not the time or money to wait for a dog to 'come round' as they put it, as their reputation depended on their ability to get dogs through the system at speed. My opinion is that if they are not prepared to do the right thing by a dog then they should never take it on, or once again human rules failing the dogs.

Naturally the longer that the dog has suffered and its individual personality will affect the time factor but as long as you ensure that you remove any confusion from them, step up to the role of becoming their trusted leader, treat them fairly, taking responsibly for every situation that you place the dog in, then you can come through what at first glance seems an impossible task.

Not like a man I heard of who took a dog, that had a reputation of biting people and within a few days of getting the dog took it into a pet supermarket and when the dog took one of the 'nose level' goodies, snapped at the new owner, as he tried to remove the snack from its mouth. This dog was returned to the rescue association and put down. So again the dog pays the price for a human mistake and on a very personal note I would never expose one of my dogs to such temptation, rather buy the goody and on returning home invite my dog to come to me and rewarding this positive action with the food, which in one smooth action proves two valuable points to a dog, which are; that you are the trusted provider and that co-operating with you is a very good idea.

Of course, one of the fabulous things about sharing your life with a dog is that you know it will never deliberately trick or con you and, given the correct information, will prove a trusting and loyal friend.

Let's face it, that’s probably one of the prime reasons why we have this long standing love affair with these animals!

Why are Rescue Dogs Different?
The simple fact is, they aren’t but they are certainly perceived to be and have an underserved reputation because of that perception. This is primarily because they arrive in any new home in a completely confused state and may behave strangely, unsure of their place or what is expected of them, initially. The good news is that they will respond to being given the right information in exactly the same way as any other dog. MORE..