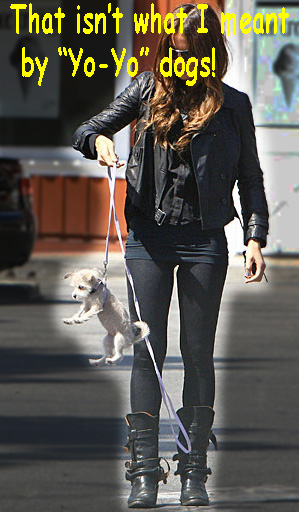 Following on from last week’s topic and the need for calm patience, I want to tell you about a stray dog that was once in the care of a local council and, as is the norm, there is a limited period in which it could be claimed. If the dog wasn’t claimed at the end of the allotted time period, it was to be put down. Luckily for this particular dog, his plight came to the attention of a local rescue organisation who stepped in and took him on.

There can be no doubt that he was a very handsome boy and belonged to one of the breeds that we are constantly being told are 'safe' and “family friendly”, clichéd stereotypes that sadly lead many potential owners to believe that there will be no issues whatsoever in taking on such a dog and it should all be plain sailing. How on earth then can it be that this particular rescue dog came with such a long list of reported behavioural problems, problems that had resulted in him being re-homed and returned five times within just a couple of months? The classic yo-yo dog.

It’s not unusual for some “problem” dogs to be moved around and this particular fellow was soon on his way to another rescue organisation who just could not see him destroyed. That organisation determined to take extra care in the screening of anyone wanting this dog and because he was very handsome they were expecting plenty of enquiries. Indeed there were and within two weeks of the dog being in their care, a family were found who happily drove the eight hour round trip from their home to collect the dog.

Three days later the phone call came from this family explaining that they had to give him up on him too and they asked if someone could collect him as soon as possible. Fortunately the rescue centre had a registered foster carer only an hour from the 'new' home and so this dog was on the move again, this time to the temporary care of the very concerned carer.

Now there is no doubt, after looking at this dog’s history there is little wonder that potential owners proved hard to find, as everyone knows that taking on a rescue dog, especially one that has so badly “failed” with so many other families, is unlikely to be a joyous or rewarding experience. So, options for this 'problem' dog were decidedly limited.

Meantime, after ringing around a number of rescue associations looking for a new pet, a couple found themselves speaking to the lady now caring for this 'problem' dog. Following a long conversation with the foster carer, the couple explained that one of their priorities was the welfare of their granddaughter, who visited regularly but didn't come into close contact with dogs in her daily life.  They were confident that they could manage this situation, especially as there were no reported issues for this dog around children and they knew that a dog and a child need time, space and calm to meet each other. They decided to try to make their home the dog's last and permanent home.

Just as I did with my rescue dog Barmie, they intentionally set out to give this dog breathing space to think for itself and assimilate all the new information around it, knowing that the dog would settle quicker and relax faster without the confusion caused by constant exposure to alien (to it) experiences.

I had the joy of recently spending time with the couple concerned, who happen to be very dear friends of mine, but I wasn’t the only one visiting that particular day as their adult daughter was also there, together with her young child, the previously mentioned granddaughter. The only other presence there was the new dog. The dog was initially put in the dining room, only separated from the main living area by a small gate so that when the granddaughter arrived everyone would be safe. The dog could observe, from a safe position, everything that was happening when baby arrived and was soon able to relax, later happily joining with all of us in the sitting room.

Ensuring initial separation when the young one arrived meant that neither dog nor baby was caught by surprise by any sudden movement or noise and neither felt threatened by the presence of something unfamiliar. This gave both the dog and the child time to discover that they were safe in the presence of the other.

Seeing the family all there with their completely relaxed dog made me realise that the nightmare was finally over for this lovely dog. He still gets up when one of the family move, thinking that something may be expected of him but as they continue to ignore this behaviour and only call him to go with them when they are including him, he will soon learn that he can be relaxed and free from responsibility all of the time, knowing that if he is required to do anything, he will be asked.

He is also enjoying running in the sea near their home, happy and relaxed. Not bad for just three weeks in a new home and I have to say that he is one of the most gentle and kind dogs that I have had the pleasure of meeting.

There is no miracle here, no special training, no gadgets just simple calm, clear direction and common sense, basically AB and patience. Instead of trying to prove to a dog that it is wanted by immediately involving it in everything that a family do,  just let it settle gently in to its new environment-in its own time. That way you won’t overwhelm it with myriad new experiences at a time when it is probably already very unsure of itself and its future.

I wonder how many other dogs are out there in desperate need of people ready to do the same as my friends, people who will not attempt to smother a dog but will be prepared to allow time for a dog to work out new situations for itself?

There are of course hundreds of thousands such dogs across the world and as long as we accept that a dog from rescue, no matter what the breed, will need consideration and help then; one of those  dogs could be the perfect one for you and you the ideal owner for them. 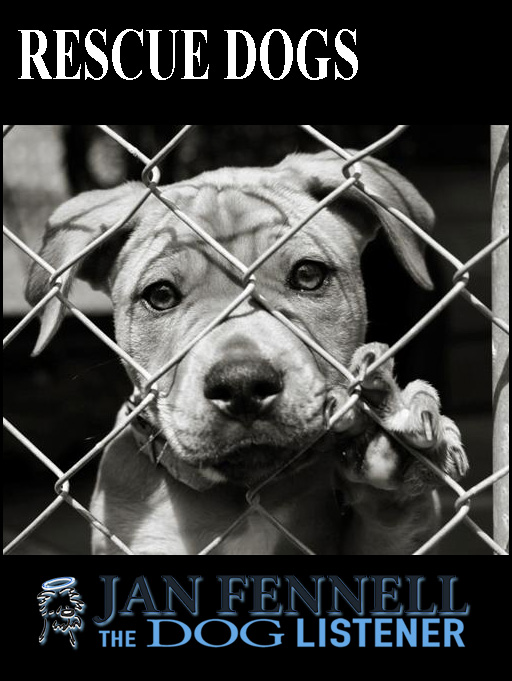 As many of you will know, I recently published three new training aids, in the form of eBooks, to help dog owners with some specific behavioural issues.

One of those eBooks “RESCUE DOGS”,  is not so much assistance with a specific problem but is designed to put the record straight for anyone who may be wary of taking on a dog from rescue or is having second thoughts, based on what they may have heard.

I felt there really was a need for this sort of information because, in my opinion, these dogs don’t get a “fair shake”, in fact, they get a really raw deal. There are so many unwarranted myths and pure hokum about rescue dogs that many potential owners avoid them at all costs. That is tragic for the dogs but also for the owners because these dogs make fantastic pets and are so very eager to please and fit in to a new family group.

If your are considering taking a dog from rescue or are worried about extra problems you may encounter if you do, then please read this eBook first before finally deciding. I have experienced many rescue dogs and, they can make fantastic and well behaved family members-just like any other dog!

From now until the end of this year “RESCUE DOGS” is available to download from our shop for only £7.75!