Over the years I have seen that so many owners fail to help their dogs as they themselves are focusing on the wrong issue. A typical example of this is when a gentleman contacted me to ask why I didn't hold socialisation classes, as he believed that if he took his dog to such classes then it would resolve the problem he has, which is that his dog does not pay attention to him when they are out for a walk but how can such classes resolve that?

There was also the post on facebook from a lady who considered that she had two different problems with her dogs and requested a solution for each;  one dog would run off when out for a walk and could be gone for hours and the other would chase squirrels when out on a walk. Sometimes we can’t see the wood for the trees and we focus on a specific manifestation of a far more fundamental issue. The reality in both these cases is that neither of these owners have good 'recall'.

Just as when dogs choose to run to strangers and other dogs to attack or 'play' with them (whether the other dog and owner enjoy this approach or not) with their owners yelling 'he's friendly and only wants to play', the owner is making excuses and bluffing it because they cannot resolve the real issue; they don’t have real recall with their dog. I have even been told, by an owner whose dog was running amok, that I am stupid for not wanting a strange dog to gallop uncontrolled towards me and my dogs.

Only this week, on national media, a dog charity, the PDSA, announced that dogs that are not taken for a walk or walked on a lead and not allowed to run free, results in an increase in the aggression and obesity levels in those dogs. So what would happen if those responsible owners, who accept that they cannot recall their dogs and choose to keep their dog on lead, rather than creating a problem, now feel obliged to let their dogs run free? There is little wonder that many dogs owners are left feeling completely confused or guilty as just letting dogs run out of control can only add to the growing level of dog on dog aggression.

To begin to address the various problems described earlier, we have to look at what we want and recognise where the problem really is and then we can set out to work through the issue calmly and carefully. We also have to accept the nature of our dogs because there are traditional training beliefs that can cause us to fail because they aren’t achievable, such as the belief that a dog should do as it is told, no matter what is asked of it, just because the 'master' gives a command and to give it any incentive is bribery or a sign of weakness in the owner.

The problem with this thinking is that nature has designed every species (us too) to work on a very simple principle and that is; before any action is taken, that action is preceded by a simple reasoning process:  'what's in it for me?' and until we give a dog a good reason to do something, it will be amazed that you even asked.

To successfully address the 'what's in it for me?' principle there must be rewards of some value to the individual concerned, which for humans tends to come in the form of bank notes, which enable a person to pay for the items that they need to survive. Even when we do something for 'charity' there is something in it for us as it is invariably associated with something that we hold dear to our hearts, like a dog charity, or it could be an organisation that helps to resolve a problem that has touched our own lives in a particular way. Recently I spent two days supporting something that I personally love and had so much fun (reward) sharing the experience with others, especially those who had no or very little  knowledge of the subject before that weekend.

Understanding this reasoning, means that we always use something of value for a dog, whether that is a piece of food or a favourite toy, as the encouragement for them to come to us when requested and by working with this 'request and reward' principle we build a fun and positive habit in a dog.

When we are working on recall, all the initial practise should be done in the confines of your home or garden, where your dog cannot run off. If you attempt it in an open area, each time your dog runs off, its belief that your hysterical screaming is irrelevant is reinforced and you will never succeed. If we also put Amichien Bonding into place, we build a willingness to cooperate with us no matter what distraction or situation is encountered.

There is a lovely added benefit when you have a dog that responds well to 'recall', as other people see this as a dog with good manners and never underestimate the positive response to this you will get from others.

'Recall', or lack of it, is truly the greatest problem for most owners and dogs in our society and once there is an acceptance of that truth, all that needs to be done to address the issue is to first work on building a relationship based on cooperation. This is where Amichien Bonding comes into its own as owners are able to build this relationship first and then begin to work on the recall at home, building on consistent and positive experiences for the dog.

When you get consistent recall, you can begin to gradually extend the time and area you practice in and because with AB we are convincing our dogs that we are the group decision makers, you are far less likely to encounter those distractions that could cause a dog to make decisions for itself and leave you behind, red in the face and screaming its name at the top of your lungs. 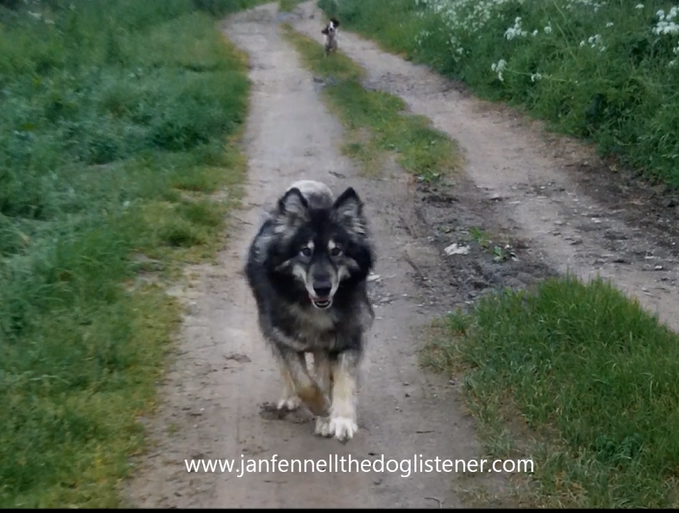 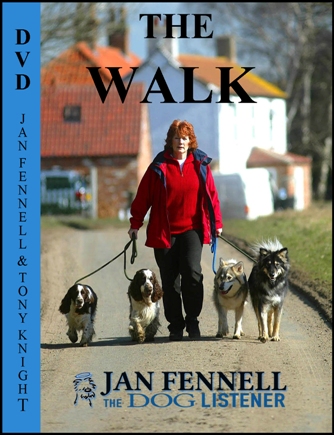 If you are experiencing  problems when walking your dog, such as being dragged down the road, or watching your dog disappear into the far distance, happily ignoring your pleas to return, this DVD will help you teach your dog good manners when outside, so (finally) you can both enjoy the experience of going for a walk.