Home » Latest News » BITING-Does it always have to be us that's in the wrong? by Jan Fennell 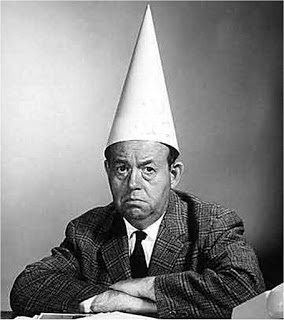 I have received some comments on my recent tweet, about dog bites being caused fundamentally by human error, which raised a couple of points I’d like to clear up here. The reason I wish to address these is that there are so many established misconceptions about certain types of dog behaviour, that many owners could be misdirected when searching for resolutions or worse still, persuaded to accept and put up with them. My arguments against traditional, long held, beliefs always, and always should, spark healthy debate

Let’s look at the rage issue first. It really depends what we are referring to here. If the term rage is being used to describe a dog who has simply “lost its temper”, then we are very much on the wrong track and again projecting human sensibilities on to our dogs because; a dog living in a clearly established pack hierarchy has no reason to lose its temper-even if it had that capacity in the first place!

We have to think about this from the dog’s, purely instinctive, view of the world. Once a dog has determined that it definitely has a place and role in the pack, and therefore its future survival is assured (as best it can be), why would it risk that survival by attacking someone it recognises as the pack’s decision maker? In an established pack situation, no animal "loses its temper" or attacks "out of spite".

The term rage is also often used to describe those very rare occasions when a dog goes instantaneously from a placid calm animal to an “eyes rolled back, vicious whirlwind". That is something else entirely and is often given the catchall name of “Rage Syndrome”, something that covers a variety of very real genetic medical conditions, which are most certainly not behavioural issues.

Please be wary though of the term “syndrome”, when applied to different canine behavioural issues, it’s far too commonly bandied about. Some “syndromes” are very real medical conditions but many more are simply pseudo medical names for behavioural issues that traditional dog training methods have failed to address. It’s far easier to say something is a medical condition, and therefore beyond resolution, than accept the failure of those training methods. If we have been convinced that we simply have to accept an undesirable situation because we believe (or have been erroneously informed) it’s beyond our ability to address, we also do a real disservice to the dog.

So what about the dog who bites for no reason? The truth is that it's never the case that an attack is made without cause, even if we don’t understand that cause or it’s not immediately obvious to us what it is. No animal on the planet attacks without reason, even man, there is always a cause or motivation, even if (particularly in man’s case) the motivation is selfish and unjustified. We shouldn’t put this type of behaviour down to a “badly behaved” or “grumpy” dog because, again, I believe that if we don’t attempt to address the problem, we are doing the dog a real disservice.

Unfortunately, just accepting the behavioural problems of a dog will only lead to continued pressure on the dog, with the likelihood of behaviour escalation- as long as we continue to fail the dog by neglecting to address the problem.  Avoiding the issue will also mean continued stress on the owners and any others that come into contact with the dog, from friends and relatives to the Vet. To leave a dog in such a state of stress is not only unacceptable but now completely unnecessary, if Amichien Bonding (or any other repackaged version of it) is adopted. Whatever initially frightens or stresses a nervous dog, enough to cause a warning bite, is made irrelevant when Amichien bonding is adopted because the dog will be shown that it can leave all major decisions to the owner, who should have proven themselves capable of stepping up to the role of leader. This enables the dog to totally relax in a completely comfortable environment, knowing that the owner can take control of any and all situations that occur, including those that have in the past resulted in the dog feeling it had to bite.

If a dog is so uncomfortable that it attacks anything that comes into its personal space (something we will most likely never understand the reason for with every individual dog) and we are aware that this is the case, then we should make allowance for it whenever we are near that dog, until that problem is resolved. If we don’t make that allowance, we have made a mistake. A dog displaying this sort of behaviour needs help and if we don’t attempt to resolve those issues, we are at fault.

I firmly believe that there is no situation where a dog bites, where it can’t be shown that we have erred in some way, even without realising it. Something humans can do, that dogs can’t, is analyse things in detail. If we look at the circumstances when the bite occurred and try to see that situation from a dog’s perspective, we can usually determine where we went wrong.