When to use a Muzzle 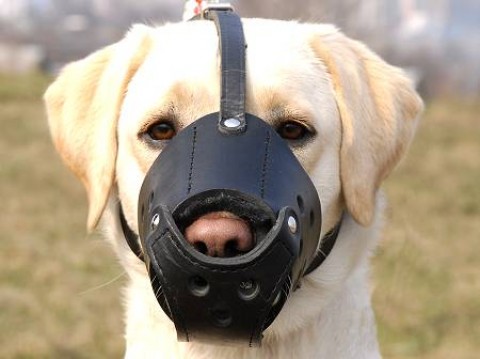 This is a very common question asked by responsible owners who want to ensure that their dogs can never cause fear, injury or pain to another being, whether that is a person or another dog. One enquirer I spoke to had been advised to leave a muzzle on her established dog while introducing a second dog into the home. Another was told to put a muzzle on their own dog when family or friends visit and bring their dogs or children with them. I personally saw signs on the doors of at least one third of the kennels of a...

The mantra that 'Simple is best' really is the truth when we are working with our dogs, despite the misleading array of complicated theories and the myriad gadgets promising to stop your dog from displaying undesirable behaviour. Typical of these are the items that are designed to physically prevent a dog from pulling on their lead. Many owners are familiar with the cost of these, not only to their pocket but also the stress level placed on themselves and their poor dogs and what makes this even more distressing is that the simple rule of not moving while a dog...

So What's Wrong With Harnesses Then?

We recently posted a facetious "Pop Quiz" featuring  some items we hinted were, in our opinion,  useless or surplus to requirement and we showed three examples. Of course there are many more but we picked these three for a reason; they each represented a certain type of product. A) Devices that many people use for completely the wrong purpose. B) Devices that seem as though they may actually work because the premise behind them is sound. C) Devices that most people, even if they don’t agree with their use, believe are actually effective. There are many dog trainers and owners...

SO WHAT DO ALL THE DEVICES BELOW HAVE IN COMMON? Yes that's right! However, apart from the obvious "useless and surplus to requirement" apsect, spurious claims are made for these devices in their adverising that do not stand up to scrutiny. And that's just a selection of the thousands of similar items out there! Oops,  forgot a couple...   We're planning an article in the future explaining just why, despite advertising claims to the contrary, these dog training devices don't work, just to clear up any confusion for dog owners but we're sure there are many more useless items out...