Abandon the ‘Blame Game’ and Succeed 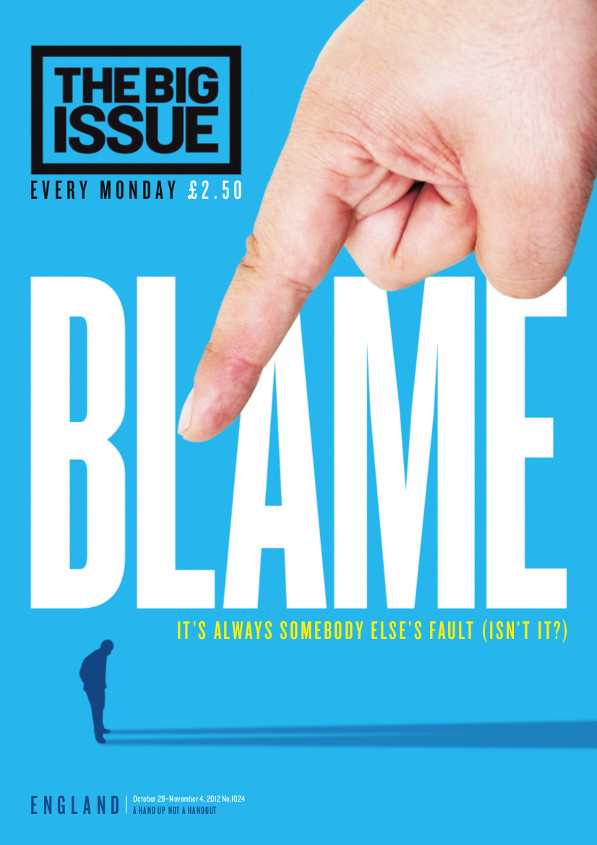 Once I learnt to avoid blaming others for things that happened to me I was ability to improve, achieve and grow.  The reason being, that we almost always play an integral part in every event that comes our way.  Whether it be the casual remark that “I would try almost anything” and then discovered that I had been taken at my word and the result was a tandem skydive as a birthday present from my offspring, to simply having a bad day and then realising that I was in less than joyful mood from first thing in the morning.

It makes no difference what the circumstance are, it’s rare that we don’t play pivotal roles in events that directly affect us. Our relationships with other animals are directly affected by what we say with our body language and how we choose to deal with events affecting both us and them, something we should be ever mindful of.

An experience of a friend illustrated this for me recently, she was present at a familiar dog event and noticed that a lady was sitting quietly with her dog, when a second lady, known to the first but not to the dog, approached clutching a large, cookie type, biscuit.

As she approached, the “biscuit lady” looked constantly at the dog, who took her eye contact to mean that communication between them had been initiated.  The biscuit lady spoke to the dog’s owner, whilst continuing to look at the dog, the owner, being polite, became engaged in conversation.

As the human conversation and communication with the dog continued, the biscuit lady lowered the hand holding the biscuit and then looked away from the dog and to the owner.  This, to the dog was a clear signal that the dog was now free to take the offered biscuit, which it reached to do without any hesitation and in a spilt second the biscuit lady jerked her hand upwards and the dog accidently lightly grabbed her leg by mistake.

Naturally the owner of the dog was distressed and attempted to apologise for the dog not being able to stop itself from taking momentary hold of the leg, although he released immediately, realising that the biscuit had gone.

So let us look at how this should be seen. Firstly the dog owner could have taken charge of the situation and blocked the dog from the waggling biscuit and the biscuit lady should never have gone straight to any dog, especially one that she was a stranger to, with food in her hand. This lady should never have kept looking at the dog, whilst speaking to the owner and dropping the food to the level of an opportunist eater was clearly inviting a potential problem. No one was doing anything obviously wrong here but a little more thought from both ladies on how their actions would affect others would have prevented this incident.

Within seconds of the incident everyone present became aware of the events due to the shouting of the “biscuit lady”, who promptly enlisted the assistance of a committee member to deal with this ‘unprovoked attack’ (her words).

The whole situation escalated, as “biscuit lady” insisted that her extensive knowledge and understanding of dogs means that she can condemn, with authority, this dog as being aggressive and that she was his victim. The following day a letter was sent to the Kennel Club, penned by “biscuit lady”, reporting the attack on her. One of those classic situations where it’s always going to be someone else’s fault”

I am reminded of a lovely two year old Staffie that came into my care as she had nipped a child and was going to be destroyed. Following a little enquiry I learned that this lovely girl had been left with two young children who were seen pulling her back legs apart, something that dogs are not physically capable of doing. To stop the pain the dog had used the only defence available to her, which was to grab the aggressor with her only weapon, her teeth.

As with the “biscuit lady”, the nip on the child was minor but the condemnation of the dog was enormous and with a society so wary of dogs and how they fit into the world of humans, I sadly doubt that the reputation of these two dogs, like hundreds of others, will ever recover.

Even more worrying is the fact that by blaming someone else, the “biscuit lady” will probably continue to act in an unacceptable way around dogs. Being a self- proclaimed expert, she would rather prove her point than actually learn from her mistake to ensure than she never put herself, the dog and the owner of that dog, in such a terrible position again.

By accepting our own part in events we are liberated to to assist, support and inspire others to work with our most precious companions in a positive, loving and successful way. I know that without this thinking it would have been impossible for me to ever find the language of the dog ‘Amichien® Bonding’.

Failure in anything is far more likely when nothing is learnt from an experience.  When we accept failure as feedback, realise that continue to do something the same way and expect a different result just does not make sense, we can seek a better way towards real progress made and all that we desire becomes possible.  So I hope that, on reflection, the lady with the biscuit will accept her part in the sad event and determine to do all in her power to avoid any repetition.

At least the outcome with the lovely Staffie was wonderful and she has settled into a brilliant family, who knowing her history, promised that they and their children would never put the dog into such impossible position again and two years on all live happily and appropriately together bringing  joy to one another.